Keep in touch!
We`ll send you an email when this product is back in stock.

Most recently, the band scored a 2019 Grammy® nomination for “Best Rock Performance” for their song “Uncomfortable,” marking their second nomination after their 2013 win for “Best Hard Rock/Metal Performance.” Loudwire named Lzzy their “2018 Rock Artist of the Year,” and two years prior, she was named the “Dimebag Darrell Shredder of the Year” at the Metal Hammer Golden Gods Awards. Both Halestorm and their 2012 LP The Strange Case of… were certified Gold, further evidencing Halestorm’s massively supportive fanbase. Halestorm have also made history with “Love Bites (So Do I),” the hit single from The Strange Case of… which ascended to #1 at Active Rock radio in the U.S., making Halestorm the first-ever group with a female vocalist to earn the top spot on the format. The band’s latest album Vicious is out now.

For the 10th anniversary of Live In Philly 2010, ROG is making the album available on vinyl for the first time! 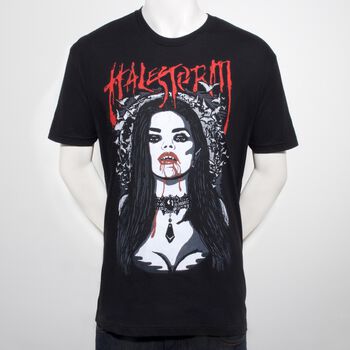